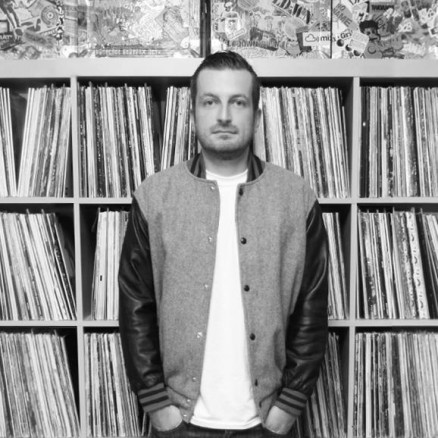 A collector of hip hop, funk, soul, boogie and related beats and jazz based music for more than 20 years, Chris came to prominence as a club DJ through his 10 year role as resident DJ and promoter of Substance (one of the UK’s largest and longest running hip hop and funk nights) and his 2 year spell as mix DJ on BBC Radio 1Xtra.

Enjoying a cult following for his unique brand of highly crafted DJ mixes, Chris has produced mixtapes for and in collaboration with a variety of respected and well known artists, labels, music resources and brands including Delicious Vinyl, Wax Poetics, WhoSampled and Adidas Originals. Chris’s 2012 BBE Mix Album ‘Latin Concrete‘ was featured as album of the week in UK broadsheet newspaper The Independent.

Chris has been named as one of Mixcloud‘s nine ‘Stars of the Future’ and has made consistent appearances in the site’s end of year Top 100 DJs list, best placing at a respectable #17. Also a regular feature of the site’s end of year Top 100 DJ mixes list, best placing at #7, one year saw Chris hold down 3 of the 100 places. In recent years Chris has also been highlighted as one of the best of year in the site’s ‘Crate Diggers‘ and ‘Beats and Bass’ categories. Still a traditional DJ at heart, a steady output of mixtapes, compilations, remixes, and productions has afforded Chris the opportunity to DJ around the globe.