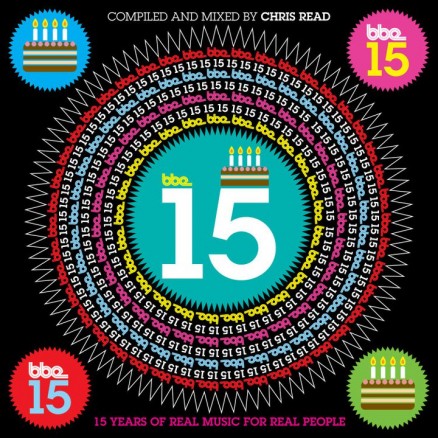 Mixed by recent addition to the BBE roster Chris Read, ‘BBE15’ is a master class in bringing the varied output of the BBE label together in one seamless mix, your very own memory lane of BBE’s endless highs. From the Beat Generation series which featured Hip Hop legends Pete Rock, Jay Dee, Marley Marl and DJ Jazzy Jeff to household name Will I am to the eclecticism of DJ Spinna, King Britt, Madlib and for best measure MFSB string arranger Larry Gold to unreleased gems from Jazz Funk pioneer Roy Ayers. Moreover Aaron Jerome who first cut his teeth with BBE with his debut album Time To Re-Arrange released in 2006 – and has recently been outed as UK Bass talent SBTRKT.

This is not to forget: ‘From Russia with love’ air miles millionaire DJ Vadim, north of UK borders Al Kent with his limitless knowledge of never heard before disco records, to ‘Emergency on Planet Earth’ drummer Nick van Gelder to Canadian silky RnB from Slakah the Beatchild to rising Antipodean stars Electric Wire Hustle and Space Invadas.

I hope we’ve included some of your favourites. Looking forward to the next 15 years please stay with us for the ride.