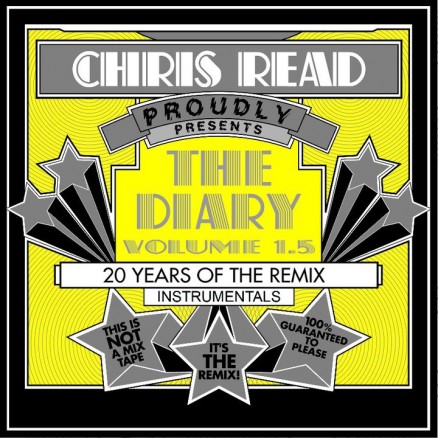 ‘The Diary Volume 1.5′ (Twenty Years of the Remix) [Instrumentals]

INSTRUMENTAL VERSION! – One iconic hip hop track from each of the last 20 years, remixed paying tribute to the production style and sampling trends popular at the time of the original release. From the James Brown influenced style of the late 80s to the iconic and distinct sounds of DJ Premier, Jay Dee and beyond.

“Up there with Paul C, Pete Rock, Premier and all! – I can’t think of another Hip Hop CD I’ve played so much in years!” (Andy Smith – Portishead)

“Chris continues the rap anthology concept of his super-dope ‘The Diary’ megamix in the shape of a remix project – a great platform for Chris to showcase his ample beat-making skills.” (DJ Woody – Former World ITF Champion)

“Crazy! This is Rap History in the making. Chris proves his production skills on this one to the fullest. A wonderful and refreshing journey through all eras of hip hop. Double thumbs up!” (Marc Hype – MPM Records / Former ITF Champion)