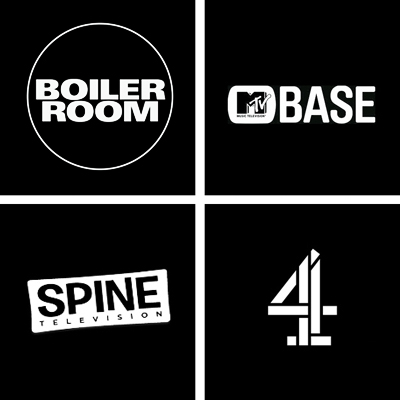 Over the years Chris’ DJ performances and interviews have appeared on various TV shows on stations including MTV Base, BBC2, Rapture and Live TV.

In 2011, Chris was among a shortlist of DJs selected to contribute a soundtrack to a vignette on British Nigerian triple jumper Phillips Idowu as part of Channel 4’s coverage of the World Athletics Championship in South Korea.

Chris has also made regular appearances on World DMC Champion Mr Thing’s live broadcasts for Spine TV’s Funhouse show and in 2013 made his debut appearance on Boiler Room.

In recent years Chris has appeared in a short film for Samsung’s ‘Over to You’ campaign and overseen the production of video content for popular web resource WhoSampled, including interviews with the likes of Eumir Deodato.