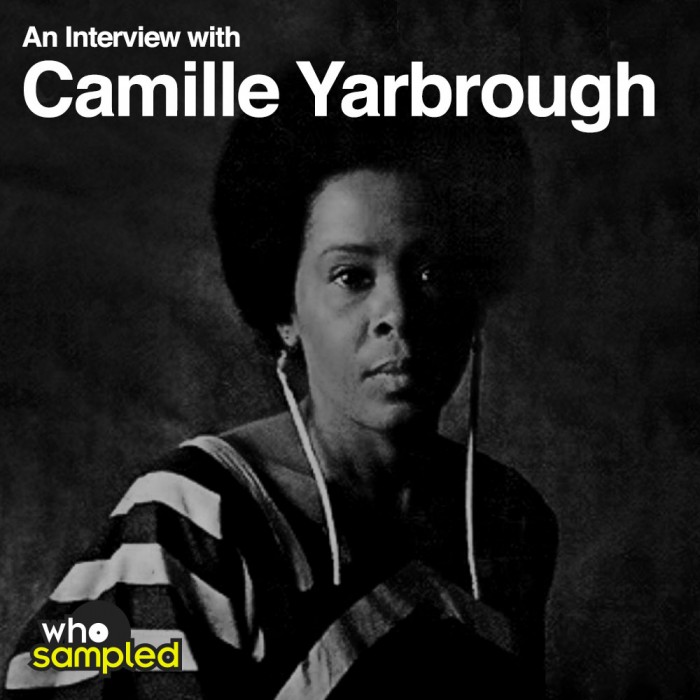 “For the latest edition of the WhoSampled interview podcast we speak with Camille Yarbrough. Camille’s 1975 album The Iron Pot Cooker fused poetry, soulful vocals and jazz-fusion influenced instrumentation to deliver an engaging account of the black experience in 1970s America. The album forged Camille’s reputation as a ‘Foremother’ of Hip Hop whose work has influenced the likes of Lauryn Hill among many others. However, Camille’s work is best known by younger audiences thanks to sampling. Her track ‘Take Yo’ Praise’ was sampled prominently on Fatboy Slim’s 1998 dance hit ‘Praise You’. Over 45 years after its first release, The Iron Pot Cooker has been reissued on vinyl by Craft Recordings for Record Store Day 2020 and is in stores now.”