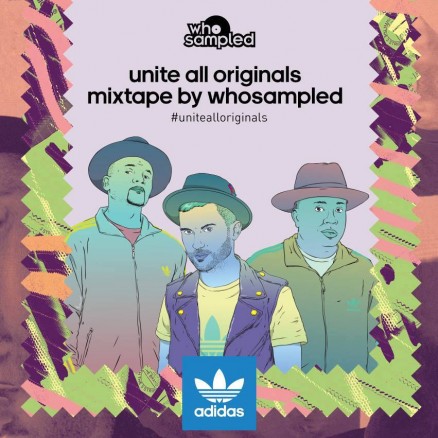 This mixtape was put together in the summer of 2013 for adidas Originals and WhoSampled in support of Adidas Originals’ “Unite All Originals” campaign which featured Hip Hop veterans Run-DMC teaming up with World Champion DJ A-Trak for a series of TV ads and an online freestyle contest. The mix clocked up around 50,000 plays in its original home on the Adidas Originals Mixcloud page. Eight months on I thought I’d re-up the mix here for anyone who missed it first time round. Blurb extract from the time below:

“WhoSampled put together this exclusive mix placing some of Hip Hop’s greats alongside the records they have sampled, uniting some of the featured artists’ best loved hits with their original sources.”

Unite All Originals Mixtape by WhoSampled by Adidas Originals on Mixcloud