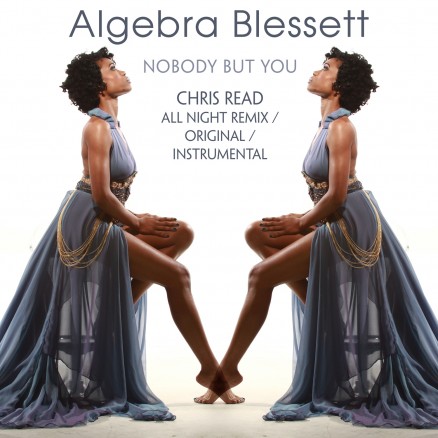 Algebra Blessett – ‘Nobody But You’ (Chris Read All Night Remixes)

From the BBE Press Release:

“Taken from Algebra Blessett’s recently released album Recovery, with a very special remix from Chris Read, ahead of his Maylight band project, due to be released in 2015.

On Recovery, her BBE debut and second full-length album, the soulful songstress known as Algebra Blessett delivered a consistently sublime set that showcased her remarkable vocal and songwriting gifts that have already established this versatile, charismatic artist as one of R&B’s hottest rising performers.

Born Algebra Felicia Blessett and hailing from the R&B hotbed of Atlanta, Algebra has already earned a reputation as one of her hometown’s most exciting new talents. Having already won widespread acclaim with her solo debut Purpose, and for her work as collaborator with the likes of Monica, Bilal, India.Arie, Esperanza Spalding and Anthony David, Algebra offers a fresh, expansive creative vision on Recovery, on which she worked with three of today’s hottest urban producers: Bryan-Michael Cox, Kwamé Holland and Shannon Sanders.”