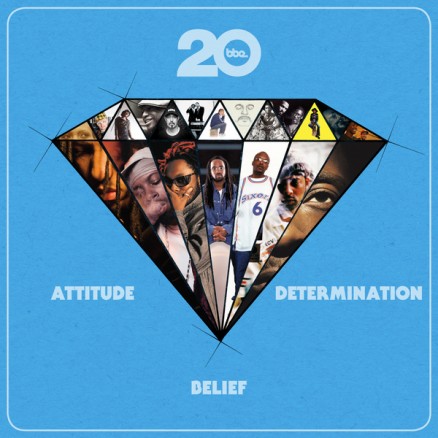 Grown from London’s fertile and eclectic nightlife scene during the late 80’s and early 90s, BBE has been quietly going about the business of fostering and curating soulful music of all shades for two decades now. During probably the strangest and most uncertain period the modern music industry has ever faced, the label has weathered crippling storms, enjoyed success beyond reckoning and watched countless contemporaries burn out and fade away.

Starting life as a club night in London’s West End, Barely Breaking Even made the transition to label when the owner, Peter Adarkwah’s local corner shop decided to sell up and asked his friend if he’d like to use some of the proceeds to “put out a few records”.  What he lacked in experience, Peter certainly made up for with Attitude, Belief and Determination. Despite the inevitable mistakes and wrong-turns on his maiden voyage through the murky, shark-infested waters of the music business, Peter’s young imprint quickly flourished thanks to the support and love he received from a close knit and supportive underground scene.

“Do what you feel. Try and express what your influences are on record.” – Peter Adarkwah

BBE’s lovingly curated early compilation albums quickly caught the imagination of industry giants; the artistic freedom offered by Peter soon inspired some of them to create their own projects for the label. At the suggestion of friend and label artist Kenny Dope, Peter made the trip to check out a performance by a relatively unknown J Dilla; a quick chat after the show cemented plans for an album project. This meeting was to bring both label and artist international acclaim with Dilla’s solo debut  ‘Welcome 2 Detroit’, now widely vaunted as a hip hop classic. This organic, flexible approach might just be what makes BBE different. Unafraid to tread the road less travelled, curious to see where the journey leads.

Bringing to a close a packed 20th year in which the label opened its own record shop in London, released a bounty of special titles and held a series of parties to mark the occasion, BBE presents this very special triple album. So how does one go about selecting a handful of tracks from such a vast catalogue containing almost 400 titles, most of them LPs? The answer came from one of the label’s most beloved re-issues, one whose music and lyrics perfectly encapsulate the energy which has kept BBE alive for two decades: Attitude, Belief and Determination by Martin L. Dumas.

“Thankyou BBE for blessing us with all this incredible music from the universe. We need another 20 years. Why? Because good music doesn’t end.” – DJ Spinna

The first of three discs, ‘Attitude’ seamlessly spans the breadth of BBE’s musical output, a selection of empowering, eclectic tracks with just a little swagger thrown in. From Sandy Barber’s anthemic celebration of liberation ‘I Think I’ll Do Some Stepping’, to Clutch Player’s bragging ‘King Of Kings’ featuring sorely missed rapper Sean Price, BBE sets out its stall with an energetic first course of meaty, beaty Attitude. Second disc ‘Belief’ is a little more reflective in its mood, lyrically combatting self doubt with spirituality on cuts such as King Britt & Bahamadia’s other-wordly ‘Transcend’ and Inkwel’s comforting ‘Together’. Completing the trilogy, ‘Determination’ represents the label’s journey with J Dilla’s bittersweet ‘So Far To Go’ and Slakah The Beatchild’s ‘Bad Meaning Good’ which features a young Canadian rapper by the name of Drake.

Closing out (of course) with the feel-good title track ‘Attitude, Belief & Determination’ this collection reflects the true spirit of BBE, using instinct and emotion, not genre and design to tell its story. Taking in forgotten gems as well as much-loved classics, this package provides an evocative snapshot of one of the world’s most inspirational, fearless and brilliant record labels as it sees out another decade of Barely Breaking Even.

Maylight’s “Up and Down”, produced by Chris Read features: