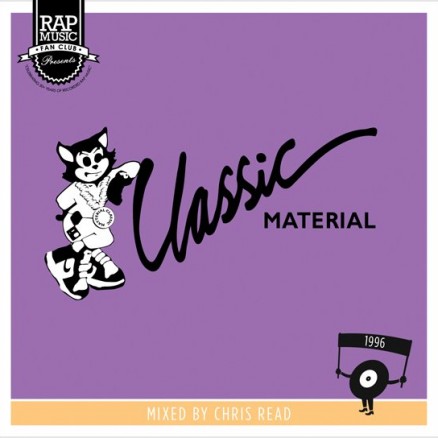 Edition#10 of our monthly Classic Material series pays tribute to the hip hop of 1996, a year which marks a turning point for the genre with a divide growing between the popular RnB influenced sound and the underground ‘independent’ sound blossoming in reaction to it. Whilst many established artists including De La Soul openly attacked the emerging commercial sound of the day, artists such as Busta Rhymes managed to retain underground credibility and deliver more chart friendly offerings for major labels.

You can also download bonus tracks originally featured on the Classic Material Edition #10 Mix CD. The CDs have long since sold out but you can now get the bonus tracks via Bandcamp. Featured tracks include Chris Read remixes of classics by MOP and Busta Rhymes plus a bonus megamix of popular cuts released in ’96.