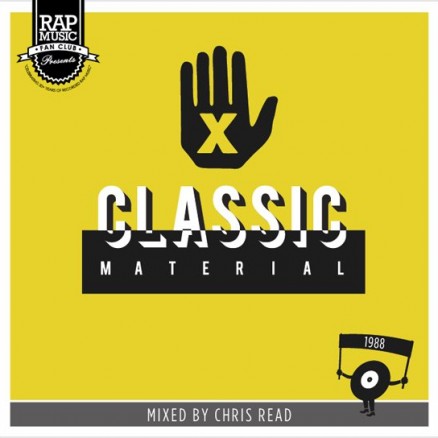 Edition #2 of our monthly Classic Material series pays tribute to the hip hop of 1988, a year which many consider the ‘golden year’ of the late 80s. As samplers took over from drum machines as the producer’s tool of choice, the James Brown drum sound ruled supreme and lyrical subject matter explored new territory. With seminal (and at the time controversial) album releases from the likes of Public Enemy and NWA, this was a year that changed hip hop forever. This mix features classic and some lesser known cuts from singles and albums released in 1988. The CD version includes two bonus mixes!

You can also download bonus tracks which originally appeared on the Classic Material Edition #2 CD. The CDs have long since sold out but the bonus tracks can now be downloaded for free via Bandcamp link below. The full mix from which the ‘Breaks of ’88’ extract is taken will forms part of a further series of Classic Material breaks mixes and is available to stream / purchase elsewhere on this site.