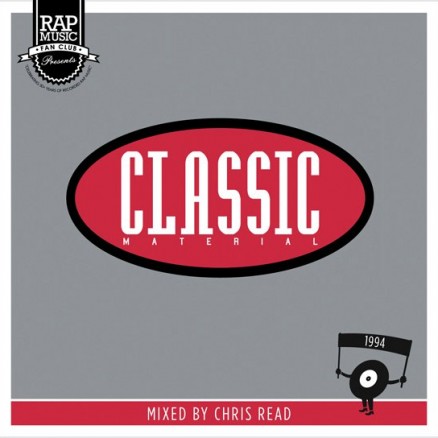 Edition #8 of our monthly Classic Material series pays tribute to the hip hop of 1994, a year which for many is best remembered for giving us two of hip hop’s most revered debut albums, Nas’ Illmatic and Notorious B.I.G’s Ready to Die. It was also a golden year for radio and mixtape DJs with tapes from the likes of Funkmaster Flex, Stretch Armstrong, Doo Wop, Ron G and others being a key outlet for the new breed of underground acts as well as established names.

Despite tempos generally drifting downward in comparison with previous years and the general sound of the year’s output being laidback and largely jazz infused, ’94 had its fair share of anthems, Craig Mack’s ‘Flava In Your Ear’, Gang Starr’s ‘Mass Appeal’ and Channel Live’s ‘Mad Izm’ being notable examples.

You can also download bonus tracks originally featured on the Classic Material Edition #8 Mix CD. The CDs have long since sold out but you can now get the bonus tracks via Bandcamp. Featured tracks include Chris Read remixes of a Funkdoobiest classic and a bonus megamix of popular cuts released in ’94.