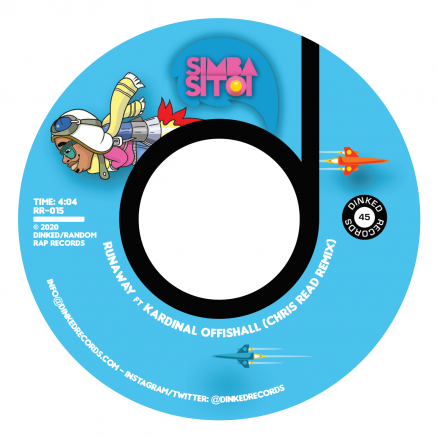 “Three continents collide on ‘Runaway’, the latest single from Mozambican rapper / vocalist Simba Sitoi, featuring Canada’s Kardinal Offishall, remixed by the UK’s Chris Read. Simba Sitoi is a key player in the Hip Hop scene in his native Mozambique, where his vocals in both English and Portugese have graced releases including a full length album for UK stalwarts BBE Records. Kardinal Offishall is a 5 x winner at the JUNO Awards (Canada’s equivalent of the GRAMMYs) and has collaborated with a host of artists including the likes of Scott Storch, Sean Paul and Eminem. London based producer Chris Read’s production and remix credits include GRAMMY Award winning vocalist Bilal, BBC New Music Award winners Maylight and Hip Hop legends The Pharcyde.

The back story to this cross-continental collaboration features A Tribe Called Quest, Mozambique’s colonial past and Nando’s chicken. In 2018, Nando’s flew Kardinal Offishal to Mozambique to film a short documentary exploring the history of the restaurant’s Peri Peri sauce, an accompaniment to grilled chicken first developed by Portugese settlers in Mozambique. While filming, Kardinal visited Simba’s studio to find out more about the regional music scene. The two vocalists hit it off and, in an unplanned studio session, ‘Runaway’, a track inspired by the UK’s Broken Beat sound, was recorded. Simba had previously worked with Chris Read when he remixed Simba and Milton Gulli’s cover version of A Tribe Called Quest’s ‘Scenario’ for BBE Records back in 2013. Chris was enlisted to remix the track and has delivered a version which features Broken drums, a Latin flavored bassline and horns that add Dub feel.” 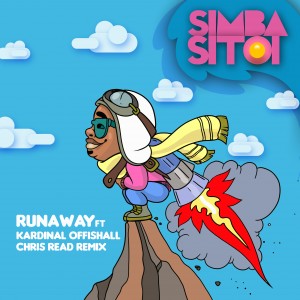