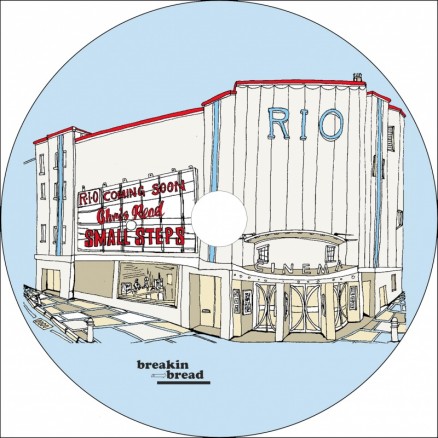 “‘Small Steps’ rounds up the best tracks from Chris’s many popular 7” inch releases for the label, placing them alongside new alternate versions and previously unreleased tracks. Not one to be held back by the restraints of genre classification, Chris’s productions cover a lot of ground, drawing from a palette of found sounds born out of the Hip Hop traditions of hunting for the unusual among the cast aside and forgotten. The resulting album is gloriously mixed bag of authentic sounding cuts influenced by groove led music from across the globe.

This extended package comprises the original album supplemented with a complete set of remixes, alternate versions and instrumentals from all six of the LP’s singles. Remixes come courtesy of BBE’s YesKing (producers for the likes of Amy Winehouse and Dawn Penn), German funk / jazz production outfit Renegades of Jazz and king of the tropical remix Captain Planet (Bastard Jazz Recordings). Also included are a selection Chris’s own alternate mixes and instrumentals of album tracks.”