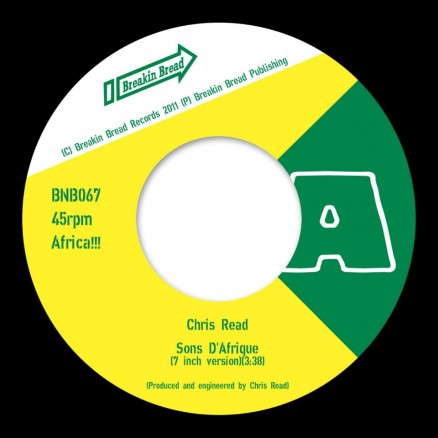 Side A: Sons D’Afrique

‘Sons D’Afrique’ is an uptempo Afro Beat influenced bubbler combining swinging brush drums, a prominent bass groove, a funky guitar lick, driving horns and infectious chants to create a slice of dancefloor magic. Holding back an explosive bass groove to the latter half of the track, this is a cut full of surprises, drawing influence and sample material from disparate corners of the musical spectrum and combining them in a style that owes as much to the musical movement of Fela as it does to contemporary club music.

Side B: Dub Afrique

“Continuing in the theme set by the A-Side, ‘Dub Afrique’, although the more uptempo of the two tracks, offers a more laid back approach to the Afro sound. Subtle flutes and a warm yet punchy bass sit atop a fast paced Afro drum groove which gives way briefly to a half time dub influenced interlude before returning to its full pace conclusion. Offset with spoken word interjections and dub echo this is a track full of atmosphere and contrast offering a unique take on the Afro sound.“