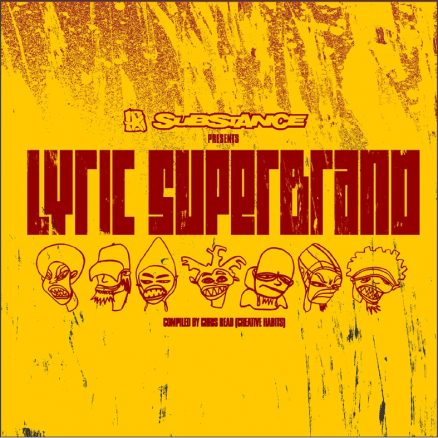 Out of Print Bandcamp Discogs

‘Lyric Superbrand’ is a compilation of tracks by artists who performed regularly at the Substance club nights in Birmingham during the late 90s, mostly hip hop with some soul and instrumental jazz based bits thrown in too.  The album was released in mid-2001 on the Different Drummer label, some time home to artists including Rocker’s Hi Fi and Richard Dorfmeister. I produced about a quarter of the tracks, under the alias Creative Habits (which I haven’t used since). All but one or two of the tracks were recorded specifically for the release and whilst production values vary a bit and some of it arguably sounds a little dated, on the whole I think I can say it’s still a pretty decent listen.

Some tracks went on to see release elsewhere with Laing’s ‘Do What You Like’ featured as the opening track on Boombox’s ‘Bangers and Mash’ compilation and ‘It’s The Who?’, a track by Mad Flow and I, appearing on Mr Thing’s ‘Ear this’ mixtape for Breakin’ Point Magazine.  Several tracks from the album received airplay on BBC Radio 1. The album was reviewed in many of the relevant print magazines of the time:

“consistently high quality” 4/5 (MUZIK)
“a solid series of jazz inflected cuts” (MINISTRY)
“a highly creative project” (STRAIGHT NO CHASER)
“concious, abstract, jazzy, different and a joy to hear … if you like music, you’ll love this” (BIG SMOKE)
“real live sounding instrumentation that will fill any enclosed space with jazz club presence” (BREAKIN POINT)
“one of the best of the bunch … shows a lot of talent” 4/5 (BIG DADDY)
“a mix of philosophical rap and simple crafted beatery” (INTERNATIONAL DJ)