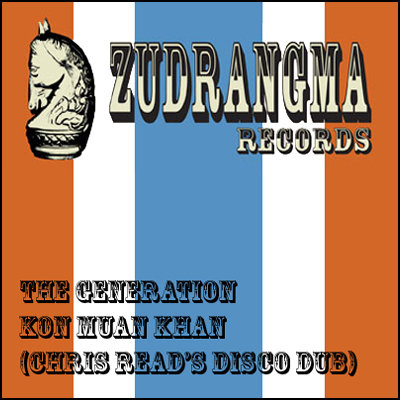 About two years ago I was lucky enough to be booked to play at Thai DJ and label boss Maft Sai’s Brotherhood night at Club Culture in Bangkok. Whilst there, aside from enjoying a great gig and some good hospitality, I was introduced to the wonderful world of Thai Funk. In the following years Maft Sai and I have become good friends and he has set up the brilliant Zudrangma Records, re-issuing Thai Funk and traditional Thai ‘Luk Thung’ music.

Last year we talked about the possibility of doing some DJ friendly re-edits of the music he was releasing. This is one of the tracks I re-worked with that in mind. The result is a pretty epic (and by epic I mean long), slightly dubbed out, vocal-free disco re-work of The Generation’s ‘Kon Muan Khan’. It came out a little faster than I would have liked and re-working it into something more laid back wasn’t really possible thanks to the fairly poor sound quality of some of the samples so we decided to skip a proper release give it an airing here instead.