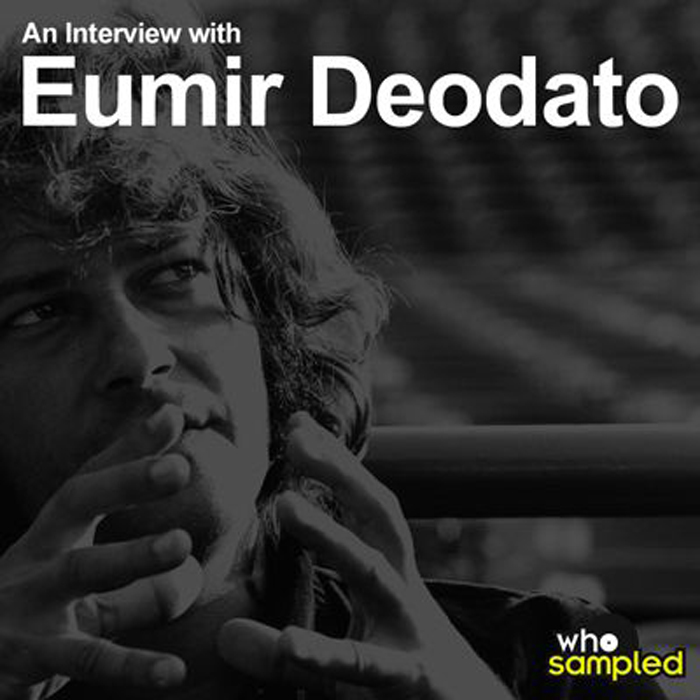 Whilst on tour in the UK earlier this year, I had the pleasure of meeting with legendary producer, arranger and recording artist Eumir Deodato for the new WhoSampled interview series. Blurb from WhoSampled:

“Having worked on over 450 albums, among them 16 platinum records, in a career spanning more than 50 years, few can lay claim to a career in music as lengthy or varied as that of renowned pianist, producer and arranger Eumir Deodato. Born and raised in Brazil, he was among a small group of artists responsible for taking Bossa Nova to the world stage. Moving to the US in the late 1960s, he went on to produce and arrange for the likes of Wes Montgomery, Roberta Flack, Earth Wind & Fire, Kool & The Gang and Frank Sinatra amongst many others. As a recording artist, Deodato collaborated with the likes of Stanley Clarke, Billy Cobham and Ray Barretto on seminal releases for the CTI label, much sampled by the greats of hip hop’s golden era including Black Sheep and Pete Rock. In more recent years Deodato has worked with the likes of Bjork and Lupe Fiasco and his work continues to be sampled and reworked.”