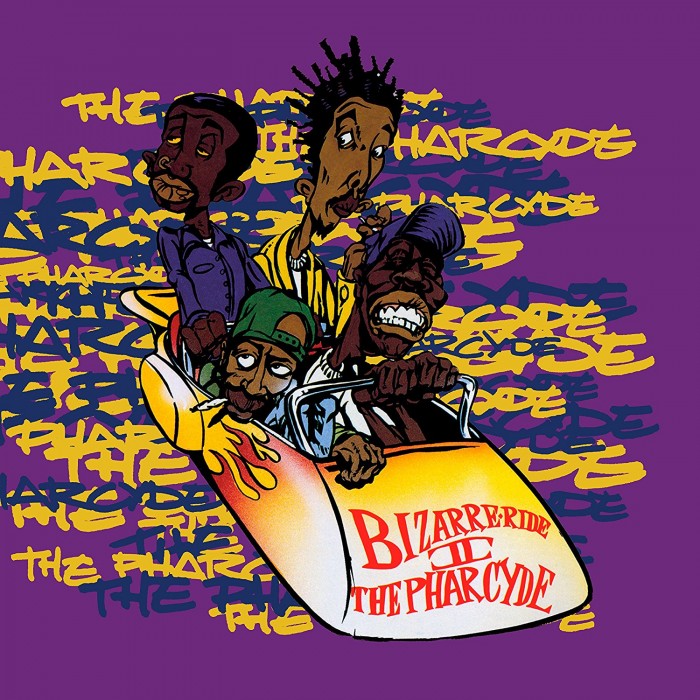 “Out on November 17th 2017, Craft Recordings releases a 25th Anniversary Edition one of the greatest and most celebrated Hip-Hop albums of all time, The Pharcyde’s ‘Bizarre Ride II The Pharcyde’. The album will be available as a Deluxe Extended Vinyl package (original album on 2LPs + 3 12” singles) and 2CD (original album, plus a full disc of bonus material) with audio remastered by Dave Cooley (J Dilla, Madvillain, Madlib) of Elysian Masters and will include non-album tracks, remixes, and rarities. New liner notes by leading music journalist and author Jeff Weiss (Passion of the Weiss, LA Weekly) round out the package. Standard versions of the original album with remastered audio will also be available on vinyl and cassette .

In support of the release, WhoSampled have teamed up with Craft Recordings to present an interactive album experience to celebrate the 25th Anniversary of “Bizarre Ride II The Pharcyde,” to tell the story of this iconic group and showcase their lasting effect on popular music. Delve into the story of the album, check out archival photos and press material and explore the samples that compose the smash hit “Passin’ Me By” via infographics, interactive features, and a Spotify playlist.”