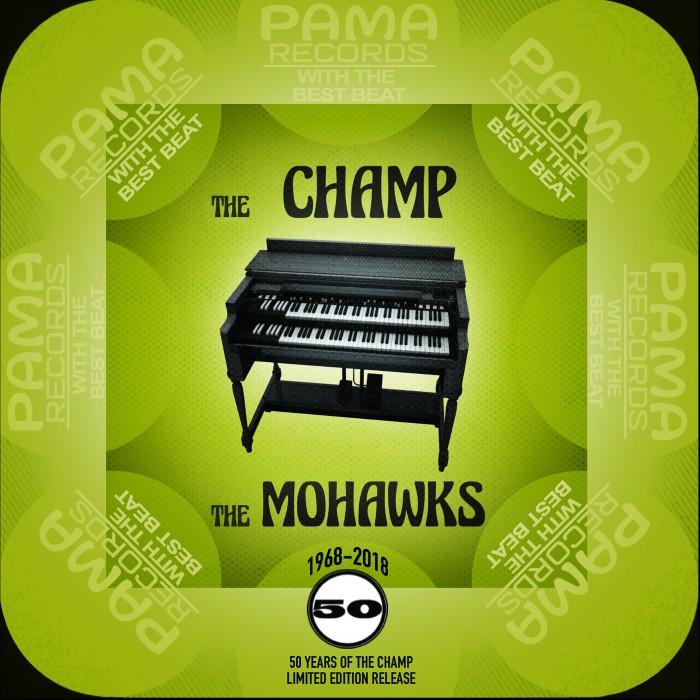 Explore ‘The Story of The Champ’ with WhoSampled

Over the past month or so I had the pleasure of working on a brand new mini-site celebrating the 50th Anniversary of the legendary and much sampled Funk cut ‘The Champ’. Blurb from WhoSampled:

“The Mohawks’ ‘The Champ’ with its unmistakable vocal chant, an impossibly catchy organ riff and funky groove is one of a handful of songs the influence of which reaches into almost every corner of popular culture. First released on the PAMA label back in 1968, the song enjoyed a 1980s renaissance after being adopted by the pioneering DJs of the early Hip Hop scene. The track would go on to become a staple of the genre, first at Hip Hop jams and block parties and later as a ubiquitous sample source. Renewed interest would once again see the track climb the charts with a re-issued version hitting #58 on the UK singles chart in 1987.

To date the track has been sampled over 650 times placing it in the Top 20 Most Sampled tracks of all time. Now, in 2018, ‘The Champ’ is celebrating a particularly special anniversary. This year marks some 50 great years since one unassuming record started a journey which would see it become one of the most sampled songs in history. Bold statement though it may be, without ‘The Champ’, the face of music today could look very, very different.

In celebration of this landmark anniversary WhoSampled has teamed up with PAMA and Jet Star Recordings to present an interactive experience which allows you to explore the history and legacy of the much sampled track via editorial, video, playlists, infographics and our popular ‘Six Degrees’ search engine.”