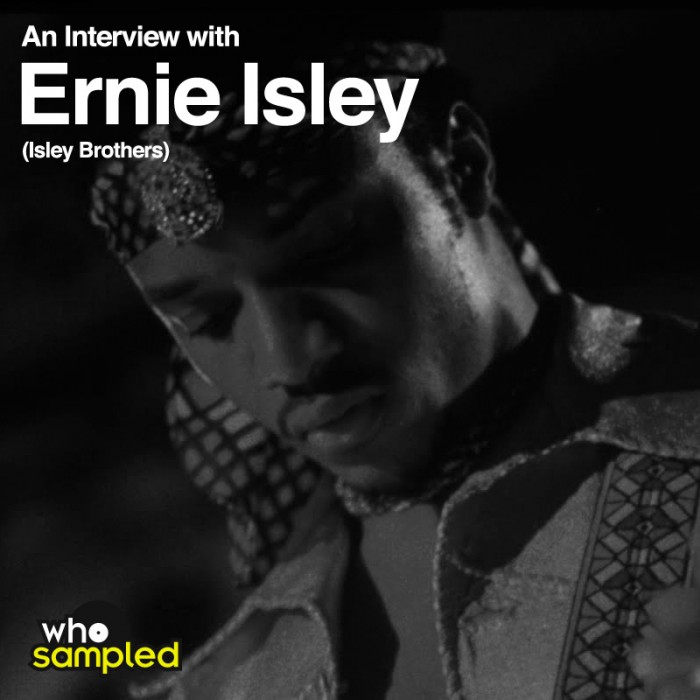 Interview with Earnie Isley (The Isley Brothers) for WhoSampled

It was recently my pleasure to interview Ernie Isley, drummer, bass and guitar player and songwriter for legendary funk / soul group and Grammy Lifetime Achievement Award winners The Isley Brothers. Blurb from WhoSampled:

“For the latest edition of the WhoSampled interview series, we speak with Ernie Isley, drummer, guitar & bass player and songwriter for legendary US Soul / Funk group and Grammy Lifetime Acheivement award winners The Isley Brothers. The Isley Brothers are credited with having one of the longest, most influential and diverse recording careers in modern music, having recorded 20 US Billboard Top 10 albums over period spanning from late 1960s to the 2000s, 10 of which were US Billboard or US R&B #1s. As a songwriter Ernie is responsible for some of the Isley Brothers best loved and most sampled hits including ‘Fight the Power’ (sampled by Public Enemy & others), ‘Footsteps in the Dark’ (sampled by Ice Cube, J Dilla & others) and ‘That Lady’ (sampled by the Beastie Boys, Kendrick Lamar & others). In this interview Ernie talks about Jimi Hendrix’s early career with the band, his own progression within the band and why he and his brothers have welcomed sampling of their music among other things.”