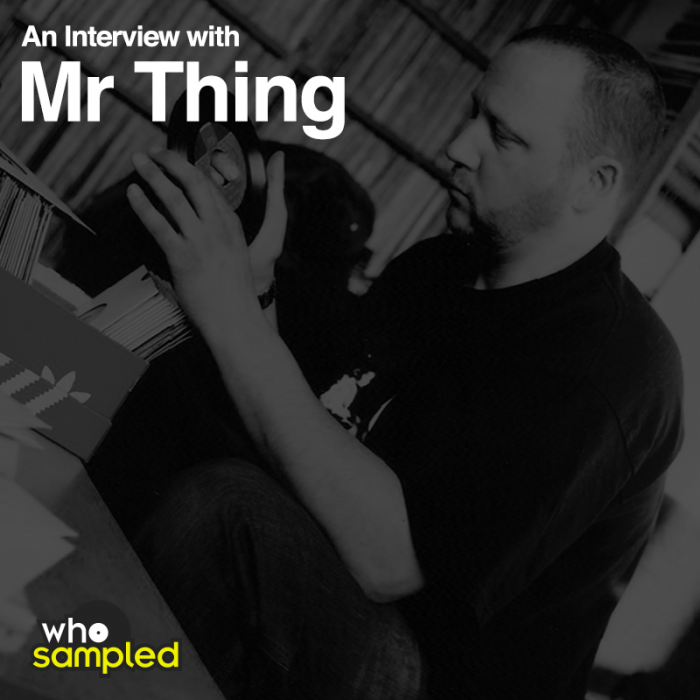 Interview with Mr Thing for WhoSampled

“For the latest edition of the WhoSampled interview series we speak with world champion DJ and renowned crate digger, DJ Mr. Thing. Coming up on the battle DJ circuit in the late 90s, Mr Thing rose to fame as a member of the DMC World Championship winning Scratch Perverts crew, leaving the crew shortly after stealing the world title to pursue a career as club DJ and producer. Excelling at both, Mr Thing has along the way acquired a vast and varied record collection and is rightly considered to be among the world’s foremost crate diggers / collectors. Currently promoting the ‘Strange Breaks & Mr Thing Volume III’ released on BBE Records, we discuss everything from charity shop finds to battle technique, current releases and more.”