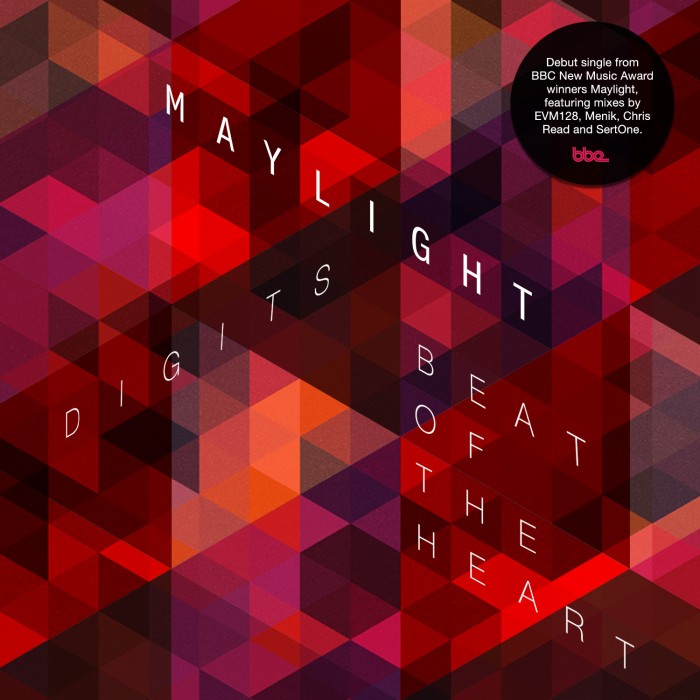 The debut single from Maylight is released on 4th March 2016 via BBE Records. A pre-order link where you can hear snippets is now up:

Listen to the ‘Beat of the Heart’ below:

Remixes on this 6 track single / EP come courtesy of some of the UK’s most exciting production talent: ‘Digits’ is given a broken boogie overhaul by London’s EVM128, whose recent remixes and productions for the likes of Omar and Amp Fiddler among others have been championed by the likes of DJ Mag, Boiler Room and i-D. Taking ‘Beat of the Heart’ to cinematic territory is Soundsmiths’ Menik, who’s been quietly amassing a loyal fanbase for his own brand of soulful electronica via releases on labels including Loodma, Substruct and Deep Heads. Last but by no means least is Liverpool’s SertOne, whose ‘Fly High Society’ radio shows and mixes are a go to destination for the UK’s beat scene. His broody synth filled rework of ‘Digits’ rounds off this remix package.

The album version of ‘Beat of the Heart’ (produced by Chris Read) recently soundtracked ‘The First Time Ever’, a video by master calligrapher Seb Lester.”