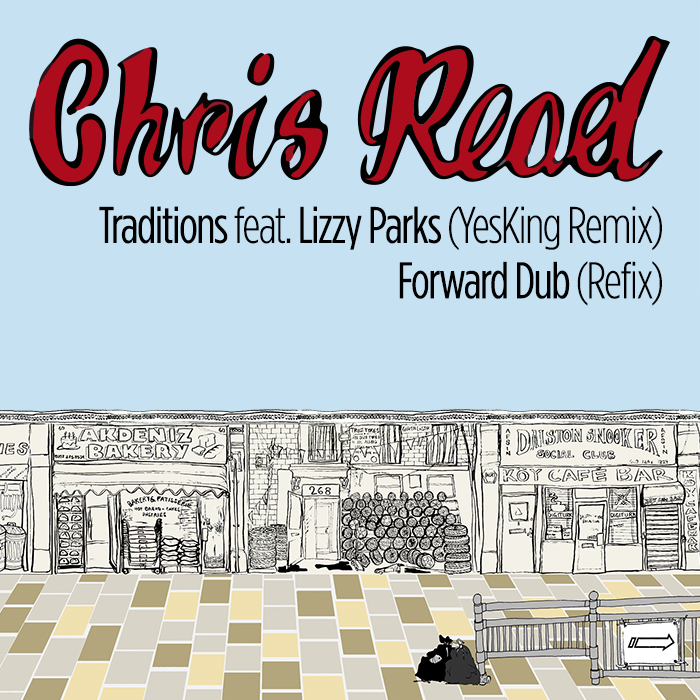 I’m very pleased to announce that my new single for Breakin’ Bread featuring Lizzy Parks and Yes King is out today!

“Breakin Bread is proud to present the fifth and final single from London DJ and producer Chris Read’s debut album for the label ‘Small Steps’. While previous singles from the long player have focused on the uptempo and percussive end of the album’s spectrum of sounds, this latest offering visits both deeper and dubbier territory. Featuring the vocal talents of long time collaborator Lizzy Parks (Tru Thoughts), ‘Traditions’ is a soulful downbeat number backed with deftly chopped drum patterns that hint at the hip hop origins of Chris’s productions. Also featured is a fantastic dubbed out re-work from the mighty YesKing (BBE Records) which is complemented stylistically by Chris’s own ‘Forward Dub’. An instrumental version of the original track completes the package”

“The single’s lead track is deftly reworked into a dubbed out Summer number which evokes the spirit of the soundsystem. YesKing are no strangers to the craft of the remix / dub having produced similarly dubbed out reworks for the likes of Amy Winehouse and productions for reggae royalty Dawn Penn among others. Chris and YesKing production mastermind Rhys Adams share a long history, having first met at the studios of Different Drummer recordings, the label which released Chris’s first productions and where Rhys was in house engineer. Ten years on Chris and Rhys are label mates at BBE Records, Chris having remixed the lead single from Yesking’s BBE album ‘Overproof’ in 2013.”

“Forward Dub’ offers a unique take on the roots sound with a contemporary twist. A stepper’s delight packed with dubbed out delay and echo. This vibey instrumental cut was a natural choice to compliment the authentic roots stylings of YesKing’s remix.”