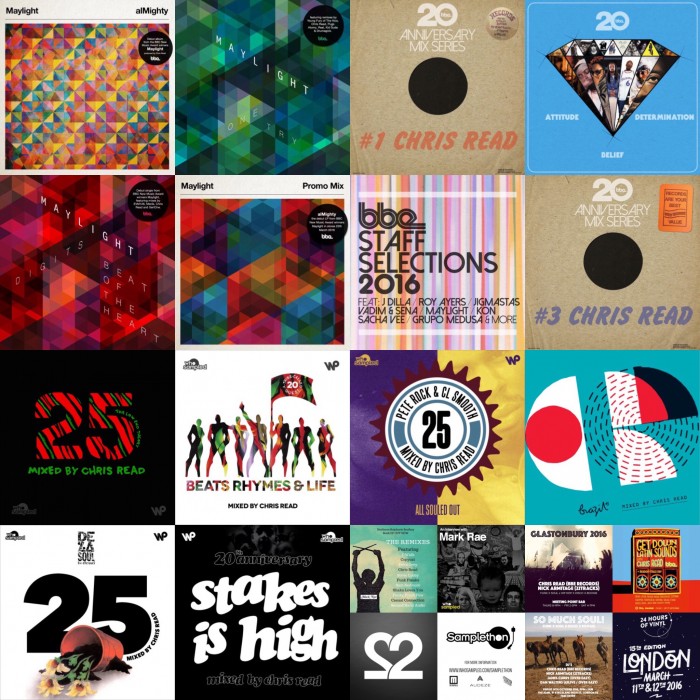 Just a quick post to round up 2016, thank some of the folks I worked with over the last year and shine a little light on what’s in store for 2017:

Despite all the political and humanitarian horrors that blighted 2016, I’d be hard pushed to complain on a personal level and in between all of that, I got my head down and did some work I’m proud of with some great people. Firstly, I released my third full length album, this time with BBE New Music Award winners Maylight, supported by two singles with some great remixes by and featuring EVM128, Pugs Atomz, Menik, Real, Kid Suda and Drumagick. I also compiled or contributed to four compilations for BBE Records in the label’s 20th year. I continued work with WhoSampled and in collaboration with Wax Poetics added a further five editions to our album anniversary mixtape series. I did remix and mixtape work for the likes of heritage label Mr Bongo and platinum selling producer Mark Rae. Nick Armitage and I brought our five year tenure as compilers of 22Tracks’ Funk & Soul chart to a close and brought our So Much Soul! club night to a new home at The Alibi in East London. I played gigs in the USA, France, Germany, Holland in addition to festivals and various other less glamorous locations around the UK.

I’m pleased to be kicking off 2017 with my next album (a full length collab with Chicago’s Pugs Atomz featuring a host of Chi-town vocalists and musicians) already recorded, mastered and scheduled for release in March with supporting singles (including vinyl) in February and April. I also have a host of new remixes recorded and due to fly at some point in first half of the year, among them collabs with the likes of Jack Jones (pka Audessey of Mass Influence), Nosizwe, Georgia Anne Muldrow and Guilty Simpson. I also have a new compilation for BBE Records, compiled in collage with the ever great Mr Thing. New mixtapes are also on their way – I won’t spoil the fun by revealing what they all are, but followers of  Classic Material will be getting something new and in a slightly more leftfield direction there’s an entire year’s worth of a new monthly series already recorded!

Over and out for 2016. Thanks to all the artists, labels, magazines etc who have collaborated and also to all those who have supported in the last year and best wishes for 2017!