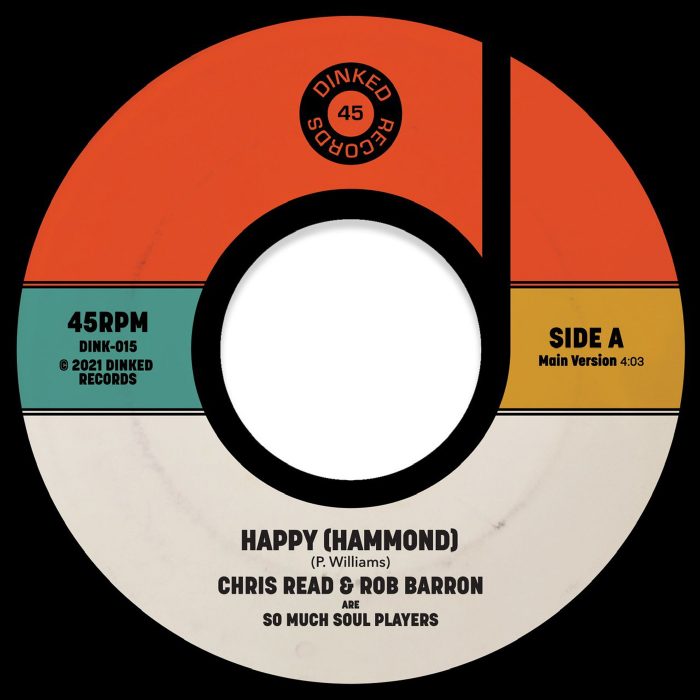 So Much Soul Players ‘Happy (Hammond)’ 7″ Single Out This Friday – Pre-Order Now!

About So Much Soul Players:

‘So Much Soul’ started life back in 2010 as a London club night, promoted by Chris Read and Nick Armitage showcasing a spectrum of Funk-based sounds with a focus on contemporary Funk & Soul. When Chris came to record the Funk track ‘Magic is Gone’ (featuring Speedometer front man Myles Sanko) in 2014 a band of contributing musicians was assembled for the task and the So Much Soul Players were born. The latest incarnation of the project sees Chris on production duties alongside in-demand London based pianist Rob Barron on keys. The pair first met when working together in the BBC New Music Award winning band Maylight.

Chris Read is an established producer releasing music rooted in Hip Hop, Soul, Jazz and Electonica for a myriad of labels including BBE, Universal and Sony among many others. Artists which Chris has produced and remixed include Grammy award winning vocalists Bilal and Algebra Blessett, Mercury Award nominee Mark Rae and Hip Hop stalwarts Guilty Simpson and The Pharcyde.

Rob Barron is both a respected Jazz pianist and in demand player on the live circuit. Rob’s unparalleled CV includes session work for the likes of Kanye West and Jay Electronica in addition to live work with The Royal Philharmonic Orchestra, The Philharmonia Orchestra, Damon Albarn, Paloma Faith and Bryan Adams. He regularly appears with the BBC Big Band and Ronnie Scott’s Jazz Orchestra and was a member of the award winning Kairos Quartet.