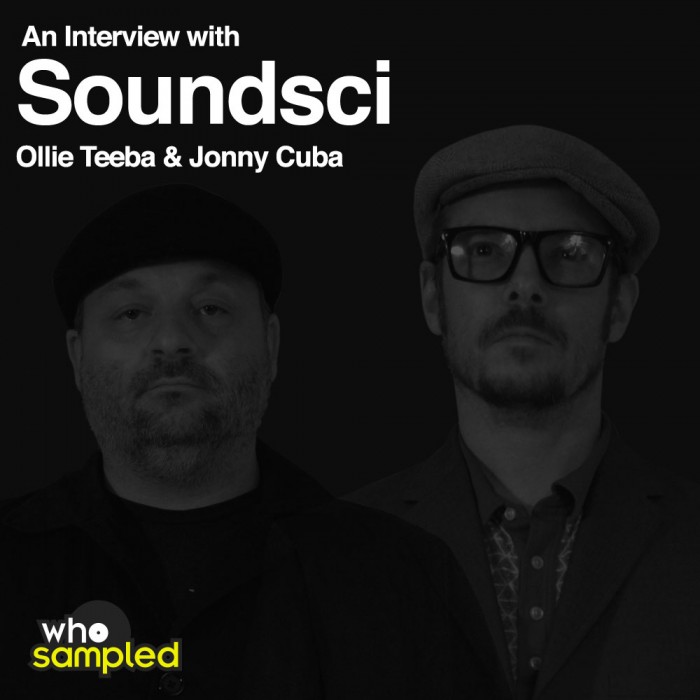 I recently had the pleasure of chatting to my friends Ollie Teeba and Jonny Cuba from Soundsci about the release of their new album ‘My Boosey Weighs a Ton’ and their lives in music.

“Ollie Teeba is one half of the production duo behind The Herbaliser, who released a series of successful albums for the Ninja Tune label. Jonny Cuba is one half of fellow Ninja Tune signing Dynamic Syncopation. Together Ollie and Jonny form ‘The Process’, the production duo behind hip hop group Soundsci. Soundsci have a long standing relationship with WhoSampled having contributed tracks to our now sold out vinyl release ‘Digging in the Vaults’. Expanding on the relationships forged during the making of that record, Soundsci have now teamed up with Cavendish archive to produce a full length LP from the archive’s rich sample material. In this interview we discuss the duo’s history in music and the making of their new album ‘My Boosey Weighs a Ton’.”