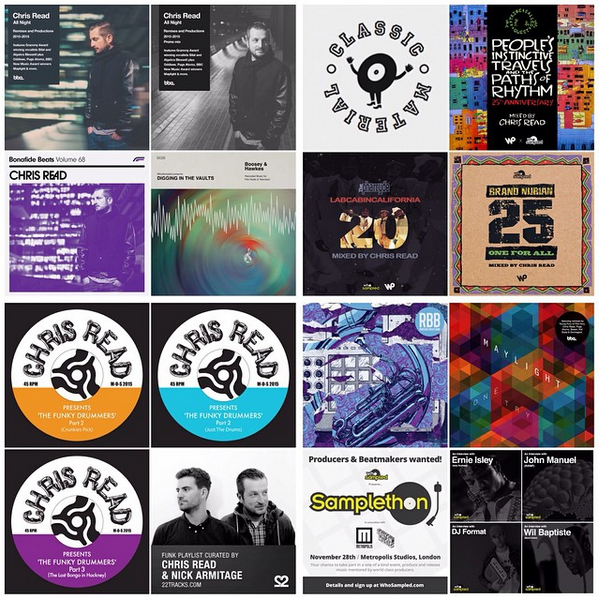 Happy New Year! Just a quick one to take a look back on 2015, say thanks to everyone who helped along the way and lift the lid on a couple of things for 2016. Biggest achievement for the year was to release my second album ‘All Night’ for BBE Records.[…] 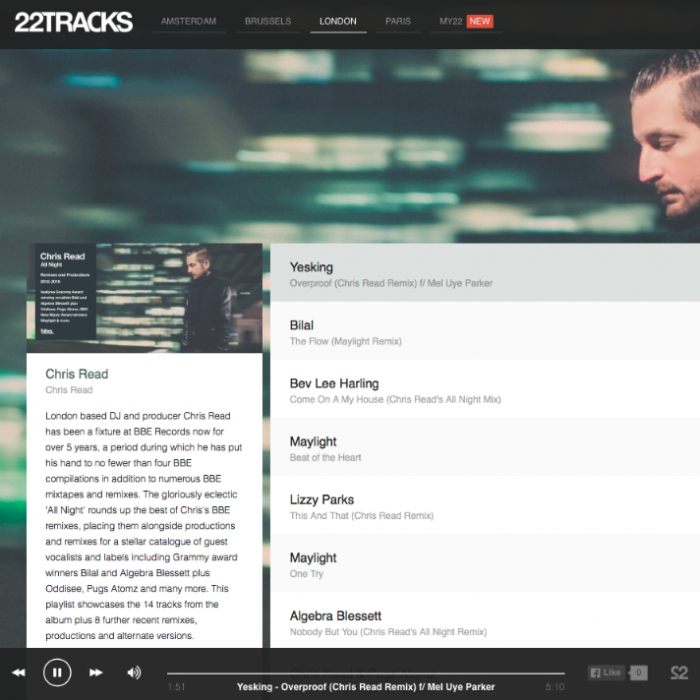 Very pleased to have been given a takeover page on 22Tracks.com in support of my new BBE album. Visit the page to listen to my 22 track playlist including all 14 tracks from the album alongside recent productions and alternate versions. Listen here. 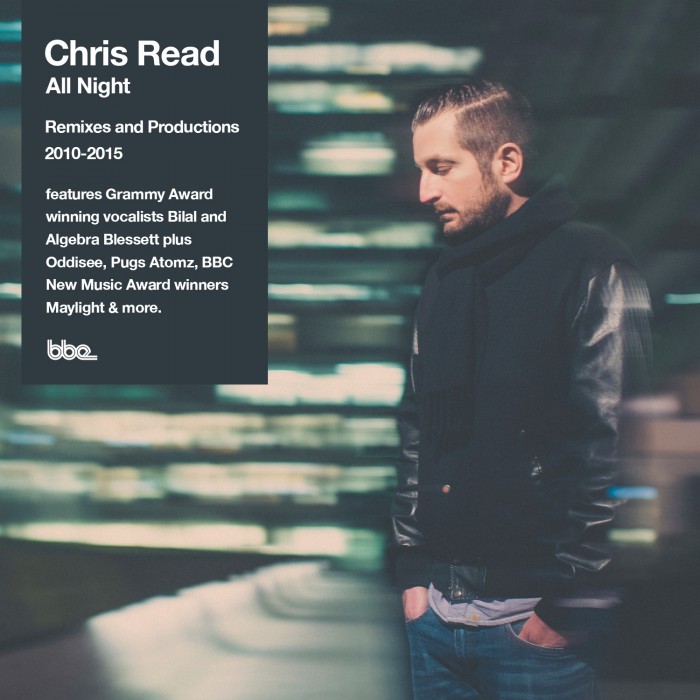 From the BBE Press Release: “London based DJ and producer Chris Read has been a fixture here at BBE now for over five years, a period during which he has put his hand to no fewer than four BBE compilations, including his spectacular round-up of the label’s finest moments, BBE[…] 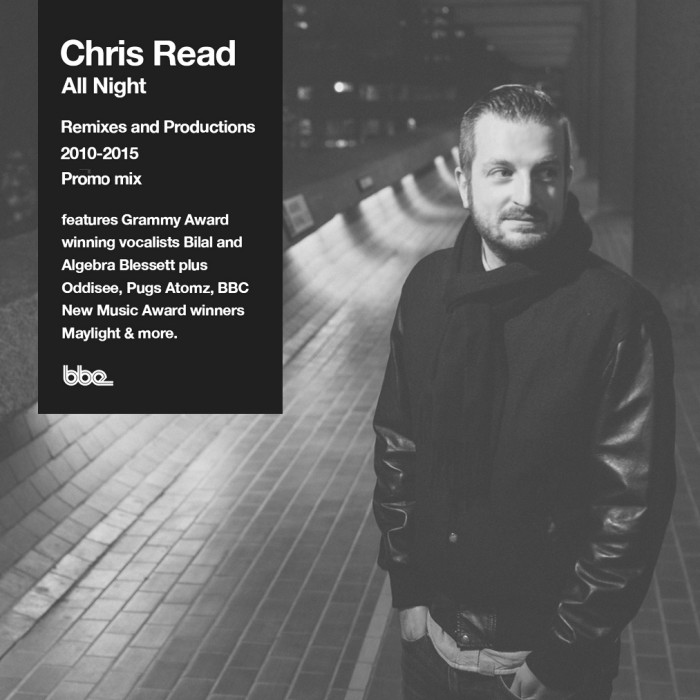 June 22nd 2015 sees the release of my new album for BBE Records. Titled ‘All Night’, the album is a round up of my remixes and productions from 2010 to 2015 including 9 previously unreleased tracks. Guest vocalists include Grammy award winners Bilal and Algebra Blessett, plus Oddisee, Pugs Atomz[…] 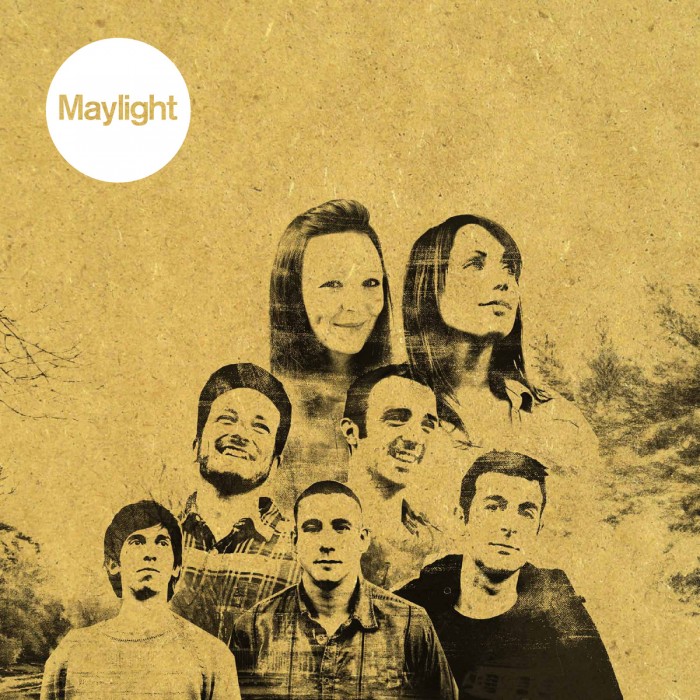 The third and final preview track from my forthcoming BBE Records album ‘All Night’ was premiered today on Groovement. ‘Beat of the Heart’ by Maylight is available to stream here or below. Pre-order the album on iTunes here. 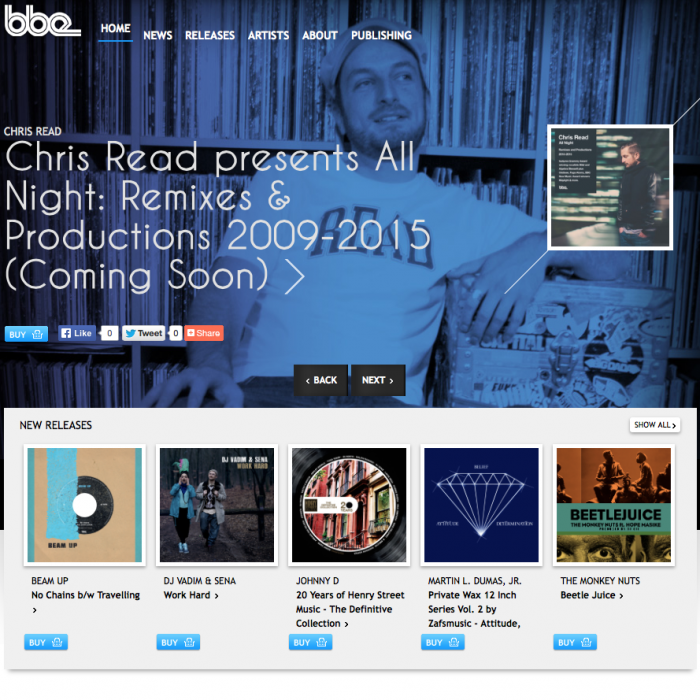 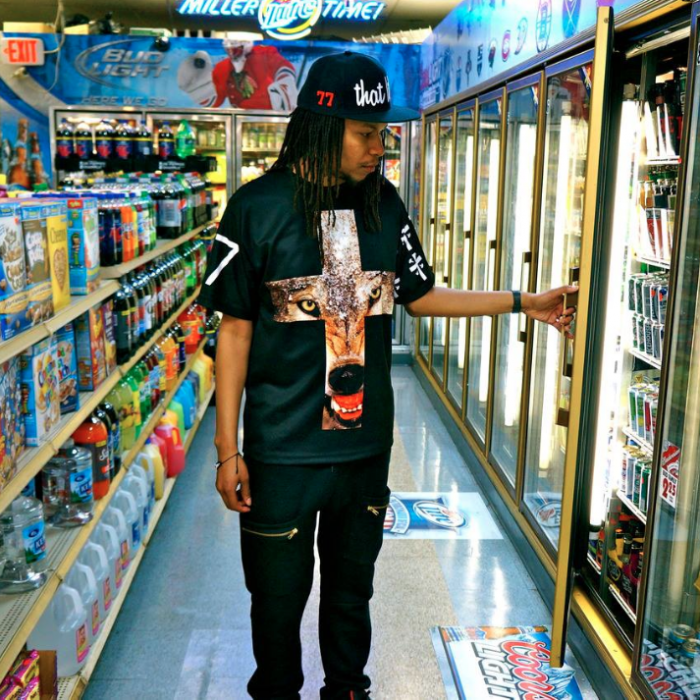 My new album, a collection of recent remixes and productions titled ‘All Night’ will be out on BBE Records on June 22nd. Today Wax Poetics premiere the first track, a remix of Grammy Award winning vocalist Bilal’s ‘The Flow’ featuring Maylight. Listen here or below: