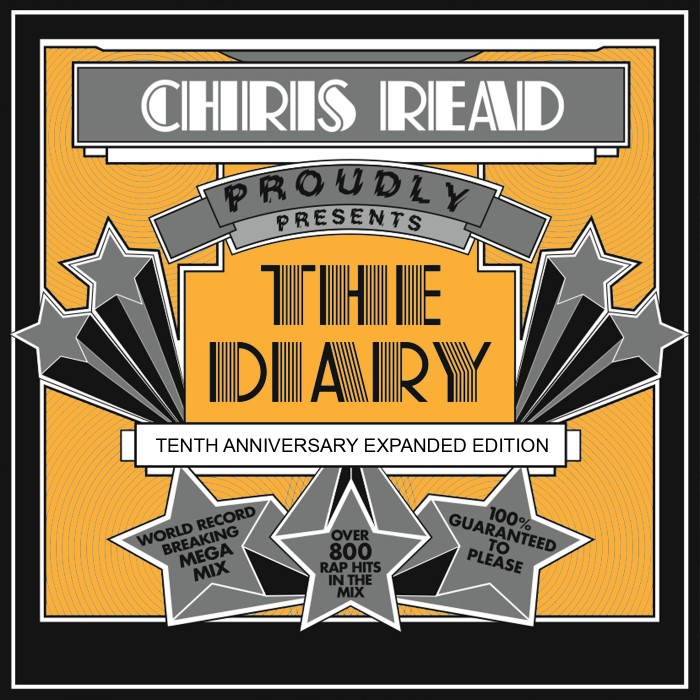 A little over 10 years ago I released a mixtape called ‘The Diary’, which I described only semi-seriously as ‘The World’s Greatest Rap Megamix’, a chronological mix of Hip Hop’s landmark recordings in order of release from 1979 to 2007. Comprising 801 records in just over an hour (all but the outro recorded from the original vinyl), it was a labour of love that took 2 years to research, compile and record. In those pre-Mixcloud times, the mix was originally made available as a limited run of 1000 free CDs accompanied with an 8 page booklet detailing all 801 tracks, and quickly acquired something of a cult following. When I made it available online shortly after, it was downloaded over 50,000 times in a matter of weeks crashing my site in the process. Prominent podcasters / radio shows including Solid Steel championed it seeing it broadcast on national radio in about 20 countries and podcasted to hundreds of thousands more. A decade on I figured it was an anniversary worth celebrating and so have given the mix a slight update, extending the 1979-1987 section that forms the intro to create this expanded version.

Here’s what a few folks had to say about the original version:

[With special thanks to John Brotherhood who designed the original CD cover, booklet and flyer. Shout to Buddy Esquire for those who get the reference.]