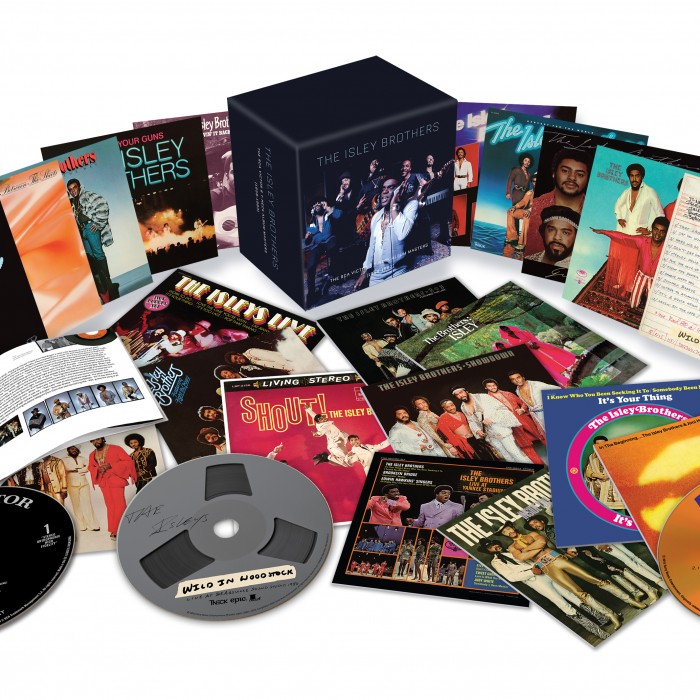 This week sees the release of ‘The Isley Brothers: The RCA Victor and T-Neck Album Masters (1959-1983)‘ box set, an expansive 23 CD collection offering the most comprehensive collection of the group’s material available to date. The collection features newly remastered versions of 21 of the group’s albums, to which rare alternate versions and bonus tracks have been added. 84 bonus tracks appear in total as well as the previously unreleased live album ‘Wild In Woodstock: The Isley Brothers Live At Bearsville Sound Studio 1980’.

WhoSampled has copies up for grabs in their latest competition. Entry details here.