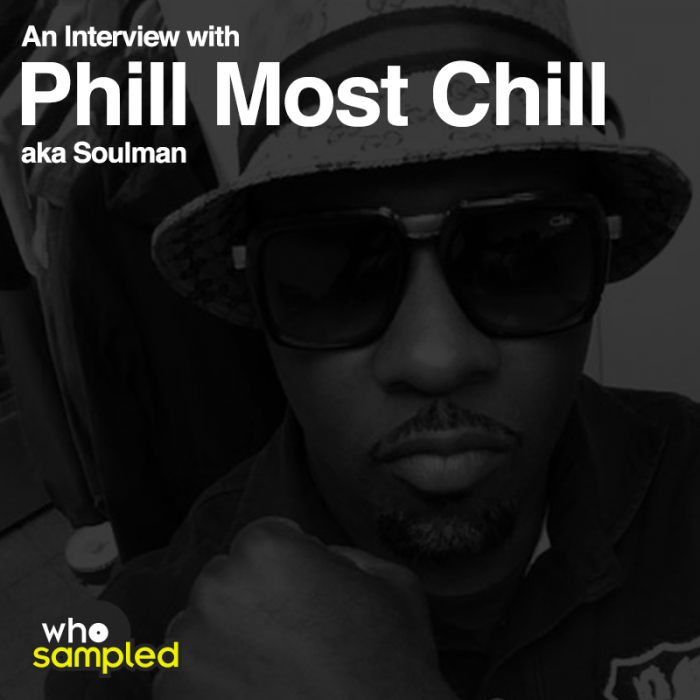 Interview with Phill Most Chill for WhoSampled

After collaborating on a couple of records over the last year or two, it was a pleasure to interview Philadelphia’s Phill Most Chill (aka Soulman) for WhoSampled this week. Blurb from WhoSampled:

“For the latest edition of the WhoSampled interview series, we speak with Philadelphia rap renaissance man Phill Most Chill, known to some simply as Soulman. A man of many talents, Phill talks through his introduction to hip hop as a flyer designer in the New York area during the genre’s formative years, his cult late 80s Philadelphia rap releases, sought after productions on rare 90s classics, dealing records to the star producers of the golden era at the legendary New York Roosevelt hotel record fairs, his time as columnist at Rap Sheet magazine and the famed ‘Soulman’s World of Beats’ mixtape series in addition to lifting the lid on new material and collaborations.”